Atlanta, GA (08/16/2018) — Todd Brooks has been appointed as director of athletics at Oglethorpe University, effective August 27.

Brooks most recently served as athletics director at Berry College, a fellow member of the Southern Athletic Association (SAA), comprised of the south's premier liberal arts institutions. During his 24-year career as a collegiate athletic director, Brooks has developed a reputation as a passionate and dedicated athletic professional and an adept administrator.

"With his extensive experience and commitment to the scholar-athlete, Todd is the ideal choice to lead Oglethorpe into the next era of Stormy Petrel Athletics," said Oglethorpe President Dr. Lawrence M. Schall. "Our ability to recruit someone of Todd's caliber is a testament to our momentum, growth, and potential. Under his leadership, Oglethorpe is poised to be an athletics powerhouse."

Comprised of 16 varsity sports and six reserve and club teams, the Oglethorpe Stormy Petrels have won 16 conference championships and two national championships in the past 10 years. Oglethorpe's student-athletes make up 26% of the university's enrollment and excel both on and off the field, with more than 700 achieving academic honor roll in the past decade.

"I am truly honored and humbled to join Oglethorpe University," said Brooks. "I want to thank the institution's administration, including President Schall and Vice President for Campus Life Michelle Hall for their leadership and for entrusting me with the continuing charge of advancing the athletic program. I share the institution's values and commitment to both academic and athletic excellence and look forward to serving our student-athletes and coaches with integrity and passion. To be joining an institution experiencing the unprecedented success Oglethorpe has in recent years is a wonderful opportunity for me."

Having taught at both the high school and college levels, Brooks has been an outstanding steward of the liberal arts. He is known for motivating and encouraging his coaching staffs, as well as making a personal connection with every student-athlete.

During Brooks' 18 years at the helm of the Berry athletic department, the Vikings transitioned from NAIA to NCAA Division III and expanded from 10 varsity sports to 23. In addition, Brooks played a part in the design for Berry's Steven J. Cage Athletic and Recreation Center, a state-of-the-art competition and campus recreation facility.

Brooks has also served as director of athletics at Christopher Newport University in Newport News, Virginia, and at Piedmont College in Demorest, Georgia.

Born and raised a basketball fan in Indiana, Brooks earned a scholarship to play basketball at Milligan College in Tennessee, where he completed a Bachelor of Arts degree in biology. He later earned a Master of Arts in education from Tusculum College (now Tusculum University) where he also served as dean of students.

Founded in 1835, Oglethorpe University is Atlanta's only co-educational small private college, home to 1250 eclectic and engaged students from 33 states and 38 countries.

Under the leadership of President Lawrence Schall since 2005, Oglethorpe has entered an unprecedented era of innovation and growth, evidenced by increased enrollment and philanthropic giving, and new strategic entrepreneurial partnerships. In 2019, Oglethorpe will open the I.W. "Ike" Cousins Center for Science and Innovation and the Q. William Hammack, Jr. School of Business.

Since 2013, Oglethorpe has seen the addition of an award-winning campus center; a residential complex with six state-of-the-art classrooms; and the expansion of arts and athletics facilities. Oglethorpe's partnership venture with LeadAbroad has expanded its global footprint with the development of five global campuses in Barcelona, Cape Town, Greece, London, and Rome. 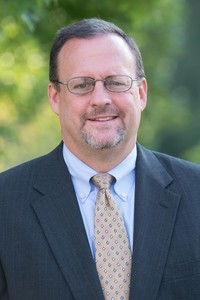 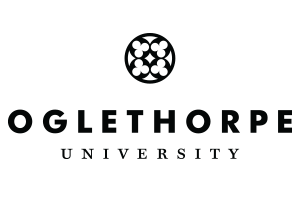